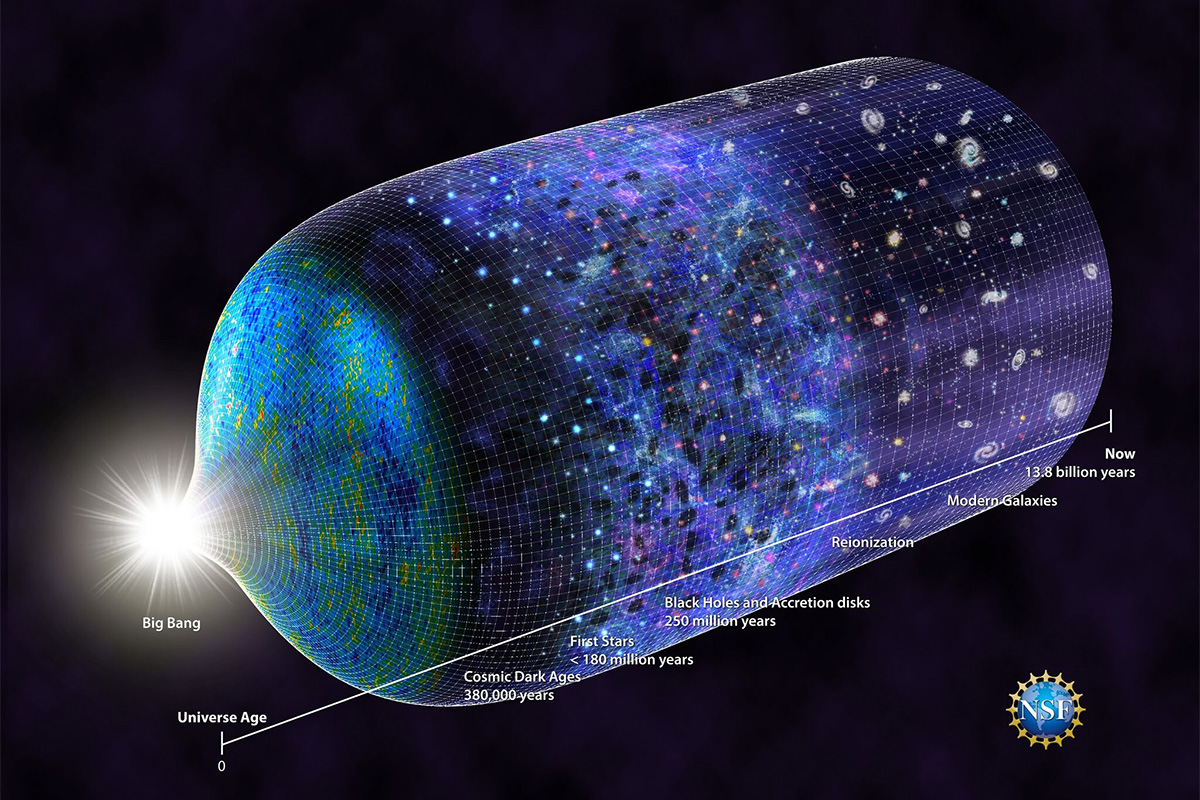 Until about a hundred years ago scientists thought that the Milky Way galaxy was the entirety of the Universe and didn’t know that there were any galaxies out there beyond our own. When we finally discovered that other galaxies did exist, it revealed a Universe that was expanding, getting less dense, and was cooling. By working backwards, they hypothesized that the Universe was denser and hotter in the past. If you make a naive extrapolation, you can go all the way back to a singularity that they called the Big Bang where all the matter and energy collects into a single point. But was that really the beginning of the Universe?

In the 1980s a new theory came along that attempted to challenge the idea that the singularity was the start of everything, and we’ve spent the last 30 years testing it. At last, the verdict is in, and we now know what came before the Big Bang. At this Science on Tap, hear theoretical physicist and author Ethan Siegel, PhD, talk about how the greatest cosmic revolution just got even greater.Ethan Siegel was born in New York, majored in three different things as an undergrad, and got his Ph.D. in theoretical physics. After postdoctoral research focusing on dark matter and cosmic structure formation, he became a physics professor and a professional science communicator. The communication was more fun, so now he writes and speaks full-time, including for Forbes, and NASA. His blog, Starts With A Bang, was voted the #1 science blog on the internet by the Institute of Physics, and, separately, by Real Clear Science. He has written Beyond the Galaxy and Treknology.